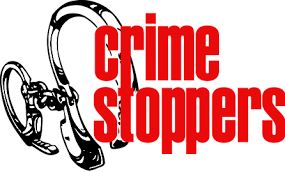 CrimeStoppers programs are non-profit organizations led by citizens against crime. For some cases in Laramie, you could earn a cash reward of up to $1,000.00 by providing anonymous information that leads to the felony arrest of criminals and fugitives.

By calling CRIMESTOPPERS at (307) 742-CARE (2273) information is collected through a secure tips line manned by professional call takers. Each caller is assigned a code number for the purpose of ensuring anonymity. Crime Stoppers is based on the principal that someone other than the criminal has information that can solve a crime and was created to combat the three major problems faced by law enforcement in generating that information:

Crime Stoppers resolves these problems by:

Crime Stoppers was the brainchild of a young Albuquerque detective who was concerned by the number of unsolved cases he and fellow detectives were working, and was particularly frustrated that all possible leads had been exhausted regarding the murder of a young college student. He felt information that would solve the crime was available from someone other than the criminal.

Members of the local community, media and law enforcement, came together in partnership to begin the effort to provide crime-solving assistance to law enforcement, and the first Crime Stoppers program was born on September 8, 1976. A cash reward was offered to individuals that provided anonymous tips to Crime Stoppers with information which would lead to the arrest of the person(s) responsible for the crime.

The local media publicized the first “Crime of the Week” and the phone number to call with the information. A call received by the program resulted in the arrest of three men who had been involved in the homicide of a young college student 4 months earlier. Today, community and student Crime Stoppers programs reach around the world and are represented by the Nation/Regions of the United States, Canada, Caribbean and Latin America, Europe, Australia, and the South/Western Pacific. Crime Stoppers cases result in an average conviction rate of approximately 95% on cases solved by a tip to the program.